First weekend in October we went to Rostock, Germany trying to get the German CAC and VDH CAC with Saga. And she did it! CAC VDH and res-CACIB. She now needs only one more VDH to get the VDH champion title. We also brought Fatimah (Ch Abu Al Khayar Fatimah) trying to get her las CACIB for the international champion title, wich we did =) Diva the Deerhound also got what she needed (BOB CAC and VDH) so it was for sure a successful trip!

Second weekend in October we went to Aars Sighthound Club show in Denmark. Saga won BEST OF BREED, and got her last CLUB CAC for the Danish Club champion title =)
Grace also got a CLUB CAC (her first). Now we have a weekend at home before next show, which will be the Whippet Club show in Vingåker (81 Whippets entered). 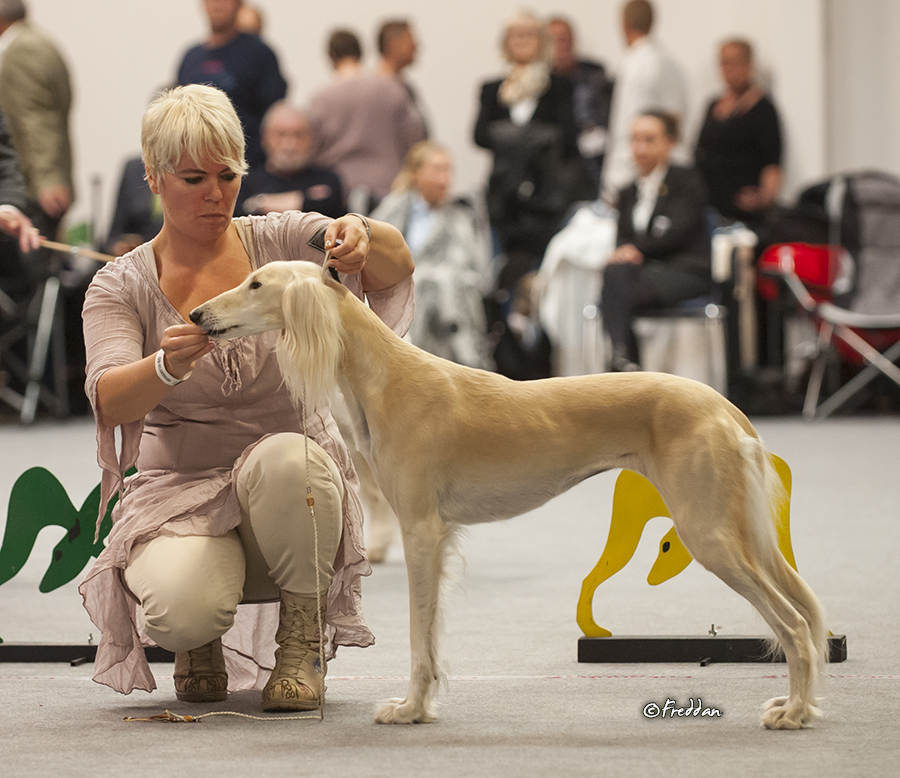