Saga had a very successful weekend in Kassel! Day one she won her fifth VDH and became VDH champion, she also won the CAC and was BOS. Day two was even better, she won BOB, VDH, CAC and CACIB! Grace was also entered, exc-3 in champion class both days.
Now we have to wait until October next year before we go back to Germany, trying to get the last CAC for the DE CH title. 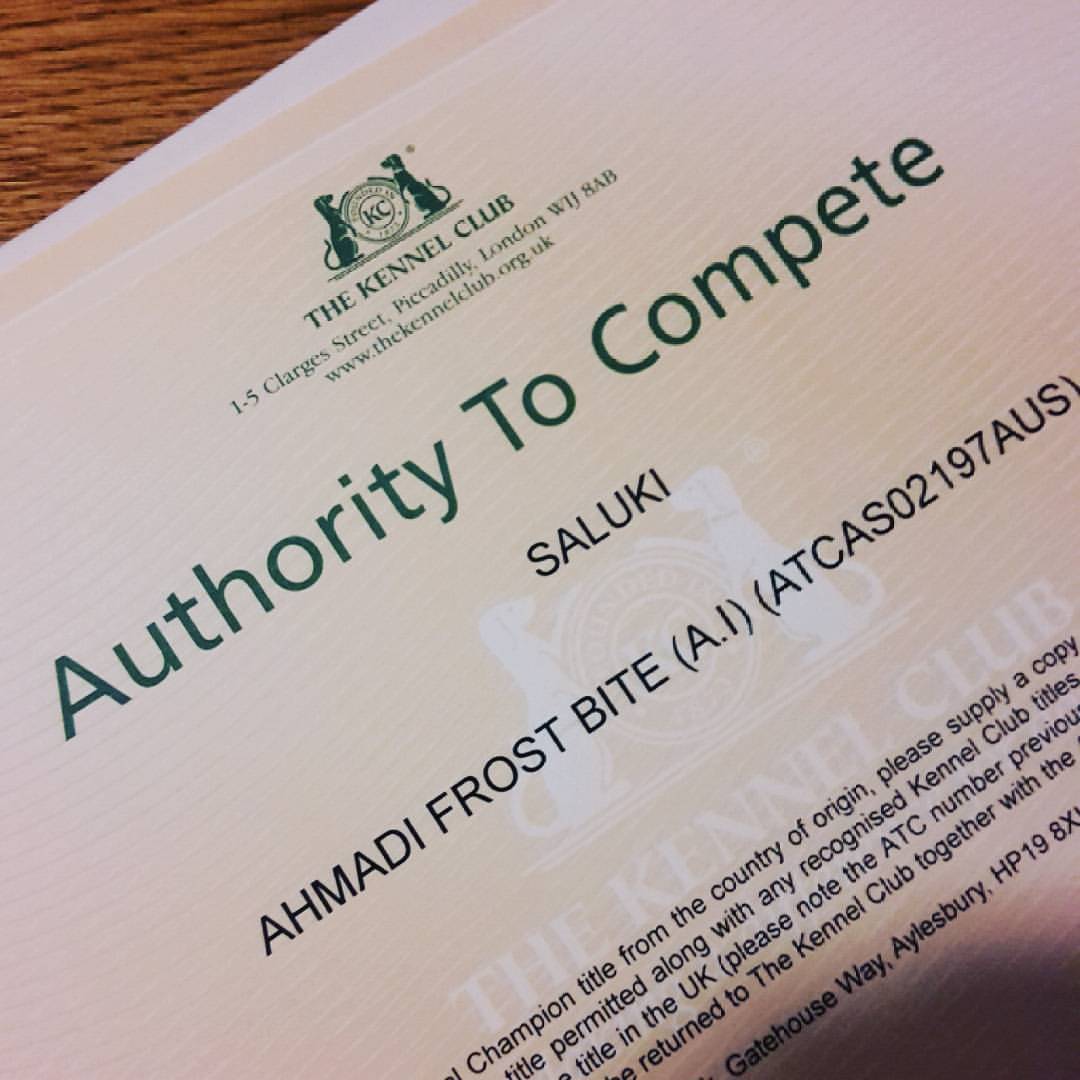 And we got some nice things in the mail! Saga is now ready to enter to CRUFTS 2016 =)
Växjö Top lists