We went to the international show in Orre, Norway, trying to get the Norwegian CAC. It was really a long way and driving in Norway is really slow. The show location was nice, and we were lucky to get our rings indoors (most of them were outdoors). It was OK weather but it is not summer anymore.
And we did it! Saga was BOB with CACIB and the Norwegian CAC so now she is also Norwegian champion =)
Since it was such a long way to drive home, we didn’t stay to the finals.
Thank you for a lovely weekend Gunilla and Micke, and congratulations to Liams Norwegian champion title (GRAND SLAM FOR SWEDEN, WIHOOOO!!!!) 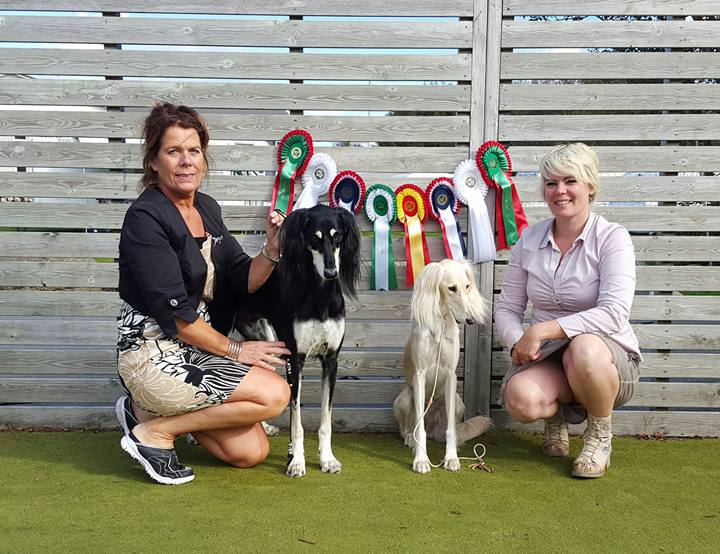